Welcome to Safe Relocation: 10 Years Experience How to Find Us

Moving from Chicago to Dallas 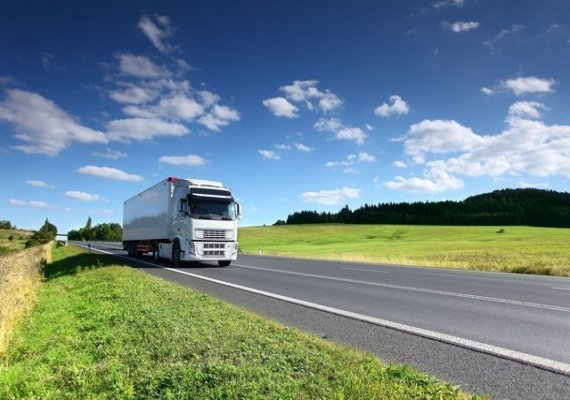 Moving from Chicago to Dallas

Planning to move from Chicago IL to Dallas TX? Go on reading to learn all you should know about Dallas TX if you’ve decided to swap Windy City for D-Town. Also, you’ll read how to make your relocation as easy as a pie. Interested? Let’s jump right in!

Reasons for Moving from Chicago to Dallas

With the population of approximately 1.4 million people, Dallas TX seems smaller than Chicago IL with its 2.7 million inhabitants. However, Dallas is one of the core cities in the Dallas-Fort Worth metroplex, which is the fourth-largest metropolitan area in the US at 7.5 million inhabitants. Dallas TX attracts lots of people by the opportunities it offers. Life in Dallas TX is different from that in Chicago IL, making good reasons to move.

Dallas is a city in Texas that is situated in the south of the country. So if you feel like you can’t stand cold Chicago winds any more, Dallas is the perfect choice. It attracts people with its year-round sunny days, hot summers and mild winters. You’ll be amazed by the vibrant wildflowers blooming during the subtropical spring.

If you move from Chicago IL to Dallas TX in search of better job opportunities, you’re in the right way. The metro area is abundant in a variety of industries, so it’s easy to find a position in your field in Dallas-Fort Worth. In addition, several of the largest companies in the world such as Southwest Airlines and Bank of America are based in Dallas TX. To top it off, the unemployment rate in Dallas is lower than the US average.

Needless to say that choosing a school for children in the new city is one of the major concerns of parents who plan to move. In Dallas TX, there’s a great choice of schools, both public and private, including schools based on religious beliefs and single-sex schools. Among universities and colleges, the most popular ones in the Dallas area are the University of Texas Southwestern Medical Center, Dallas Baptist University, Texas Woman’s University, and Dallas Theological Seminary.

You’ll never get bored in Dallas. It’s the perfect place for art-lovers with its numerous museums and artistic events. Not into art? It’s not a problem, because Dallas can offer you some decent alternatives. First off, it’s a city with a vibrant nightlife. Plus, in the Dallas area, there are 61.6 miles of biking and jogging trails, almost three hundred sports fields, numerous playgrounds, over sixty swimming pools, more than five hundred basketball, volleyball and tennis courts in total, and multiple picnic areas.

If you compare the living expenses in Chicago IL and Dallas TX, you’ll see that the cities are similar in this respect. As reported by BestPlaces, Dallas TX has a cost of living index of 101.6, while it’s 106.9 for Chicago IL, so the difference is really subtle. What is more, living in both Windy City and Big D is only a bit more costly than the United States average index of 100. All in all, both places are relatively affordable.

It might sound unbelievable, but in Texas, people don’t pay personal income taxes. On the other hand, the State of Illinois collects 4.95% tax on income. Dallas TX definitely tips the scales! It’s a no-brainer that you’re going to earn more in Dallas. Also, in D-Town you’re going to pay a bit lower property taxes.

We believe that you might sometimes get irritated by commuting in Chicago IL. Fair enough, because Windy City is ranked number four in the slowest commute rating throughout the United States, as reported by Index Mundi. According to the source, the average commute time in Chicago IL is 35 minutes. Amazingly, Dallas TX comes in number thirty-five in the same rating with an average commute time of 27 minutes in the metro area.

Also, the Dallas-Fort Worth International Airport, located next to Dallas, is the 2nd largest airport in the United States and the 6th largest in the whole world. So be sure you can easily travel anywhere from Dallas TX.

Some Cons of Moving to Dallas from Chicago

Nothing is perfect in this world, and so are the cities. Although Big D offers great opportunities, there’s a couple of things you should know before you take your final decision to move from Chicago to Dallas.

The first thing you should remember as soon as you make up your mind to swap Chicago IL for Dallas TX is the huge distance you’re going to cover. It’s almost one thousand miles so it’s a good idea to hire a reliable relocation service. The relocation experts will make everything possible for you to have the best experience with the move.

While subtropical climate might seem to be a paradise on Earth, you should be ready for sudden violent weather conditions. You can get an ice storm in Dallas TX, and, to top it off, D-Town is in tornado alley so you’ll have to get used to “take shelter.”

High crime rates are typical for huge urban areas, and Dallas is not an exception. According to Neighborhood Scout, eight of one thousand Dallas residents are victims of violent crime and thirty-five out of a thousand are affected by property crime.

Cost of Moving from Chicago to Dallas

Once you’ve made up your mind to move from Chicago to Dallas, you must be interested in moving cost from Chicago to Dallas. Since it’s a long distance moving — about a thousand miles, get ready to spend from $2500 to $3000 on the move from Chicago to Dallas. Still, the total cost of relocation can vary depending upon a range of factors. For starters, it depends on the size of your household as well as on your origin and destination zip codes. Plus, the season of the year is taken into account. Finally, you can pick different services offered by cross country moving companies that will affect the total cost of relocation. For instance, some cross country movers provide short/long-term storage, packing/unpacking and other additional options.

To Wrap it Up

All in all, Dallas TX is a good place to live with its mild climate, great career opportunities, affordable cost of life and multiple things to do in the city. However, it’s quite a long distance so you need to hire one of the cross country movers to assist you with the move. Don’t hesitate to contact us and we’ll do our best for your safe and smooth long distance moving.

Movers from Chicago to New York

People leave NYC for Chicago when they want to enjoy more[…]

Moving from Chicago to Arizona

Decided to quit windy Chicago IL and start a brand-new life in hot and sunny Arizona?[…]

Moving from Chicago to Seattle

Moving from Chicago to California

Chicago is a great city to live in, but sunny California remains a magnet for folks […]

Moving from Chicago to Los Angeles

The United States offers immense diversity to its citizens. […]

The move went great, and the crew even helped us place all the furniture, where we asked them. Overall, they saved my time and nerves!
(Daniel Joy)

We moved our entire house! I assure you, it was a nasty job to collect all our stuff, but the packing guys did their job professionally and without a fuss. Good service.
(Lily Jons)

I chose Safe Relocation to store my things while downsizing and all went smoothly. I picked my stuff in a month and had no problems during the process.
(Tom Ilenko)

I was worried about all the artwork I needed to move, but Safe Relocation did their best. Additional thanks for the humor. Guys from the moving crew cheered me up after quite a stressful day!
(Suzanna Novik)

Foremost, I’m grateful for the excellent customer service. These guys led me through the moving and calmed my worries about getting everything on time. Safe Relocation delivered all intact and with no troubles during the move. Thanks!
(Henry Wallen)
//